Thought this needed a revisit! Re-post. 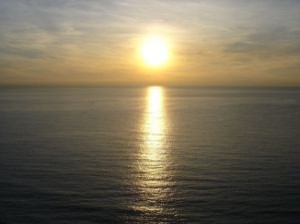 Yes, what a beautiful morning! A few days ago, despite the temperature matching the atmosphere I’m witnessing today, I might not have had the same response. In fact, despite the glowing sun, last week I can attest that I was in a very dark place. Depressed? Nah….I can identify the source of my sadness so I can’t exactly claim that scapegoat.

Simply put, “A sista been goin’ through!” Yep, I felt the need to escape, if only for a moment a proper vernacular for those who possibly peruse this site for the soul purpose of reading prose that lacks grammatical errors with the exception of those that are intentional, of course. Yep, I went there! 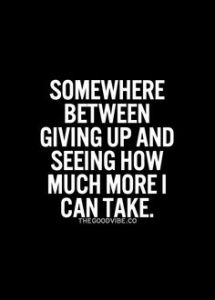 From electrical issues and car trouble, it seems that Murphy’s law has become a way of life for me over the past couple months and last week I just found myself completely exhausted! So much that I did all but beg my boss for the opportunity to work from home for at least one of my two reasons.

Sure, I woke up Monday morning with the pinkeye.  Yuk, gross…well thankfully, I’d had some drops already so I was able to get a head start on the healing process….Only, when I’d awaken to that bloodshot bull’s eye, I was actually relieved.  I was somewhat happy with an excuse to rest…something I’d found increasingly more difficult within the last few weeks.  I’d been getting by off 2 and 3 hours a day, working out, going here and there…never realizing the obvious danger I had been subjecting myself and my children to needlessly.  It seemed that I once again had forgotten how to just say no.

But how could I say no…I’d had a job to do…I was the single mom who secretly donned a cape and some great boots to kick things in gear for my children….Never mind that my exhaustion was taking its toll on my health. I was the super soldier for Christ and I had to give my best at work and not get to a place where I felt entitled at work because I owed Him so much.

Yet this passed week, I’ve realized that while God’s grace is sufficient and His strength is revealed in my weakness, He never told me to get comfortable being uncomfortable!

Yet, as I look at my surroundings and the state of things financially from the year prior to the present, I had to consciously ask myself the question, “What has changed?”

I guess the question itself wouldn’t bite as much had I not also had to answer it, but that would be much too easy. I understand now that therein lies my problem. Spiritually, I recognize the need to do things differently.  Even mentally I’ve considered the consequences of not doing so.  Yet, my actions have remained null and void.  Even with exercise, I’ve gotten stagnant.  I’ve realized that the weights I’d been using were no longer challenging me, but instead of literally pumping up the volume, I’ve opted for using the same weight only to be disappointed at the realization my efforts were making little difference now.

Well today, I was reminded that God’s love for me provides me a choice. A choice to do something different to achieve a different result.  And might I add, you do too! That is, if you’ve been where I have and if you’ve felt like you’re the only one aboard a sinking ship, the choice on how you will respond is still up to you!

You see, last week I worked from home and while I was doing so, I had the opportunity to listen to my music.  I kind of went on an R&B tip and got into India Arie again.  I couldn’t get “Moved by You” out of my head for days even though I couldn’t recall one lyric beyond that hook.

I realized this morning and perhaps the dawning of another day last week that I had neglected to be “moved by God” again.  This subconscious perspective I was guilty of harnessing was further confirmed when I attempted to listen to some other music.  Ironically, my computer got locked in safe mode and I kept getting errors that I the videos I attempted to access were “not appropriate for viewing.” Initially, I thought it weird because the content was not vulgar.  I don’t like that stuff anyway.  However, I was able to access Gospel videos with ease.

In fact, yesterday morning I tried one last time and was switched to a TD Jakes sermon instead.  I was captivated and convicted.  I knew beyond a shadow of a doubt God had been telling me something…that all the sermons and songs of hope I’d been exposed to were not a coincidence.  Rather, proof of God’s providence.

Essentially, that despite the financial mistakes, delayed promotions, and emotional mountains I faced were nothing compared to His presence with me in the midst of them.  He was still able to bring me through!  I learned as I was somewhat involuntarily submerged that He was only allowing the trials and failures rekindle the fire that had been blazing within me before…that He loved me too much to allow me to be comfortable simply nesting in a mess.

My Father assured me that He is not allowing the problems to shake my faith, but to stir it.  For that love, I am eternally grateful.