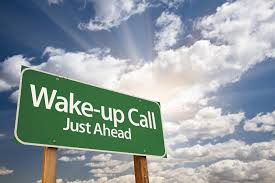 I had to teach my daughter an important lesson about timing this morning. When you’re not ready, you get left behind!

Now Kayla had been a hard sleeper since birth so I’m not surprised by her innate delays every morning…surprised no…annoyed YES!!!

I used to consider it a blessing she slept so hard though…I could have her hair done and have her fully clothed before breakfast when she was younger. The problem is she’s no longer a toddler! She can dress herself!

Sincerely this has become a major pet peeve…yet, while in times passed I’ve warned and waited…today I just left.

Today was the last straw…I even snatched the covers off before I decided my exit…
…and she had the nerve to mention what would Jesus do…my reply, Jesus would say get up!!! Take up your mat and walk!  Apparently she considered herself awake though she was still lazing in bed.

Long story short…I dropped my son off…she had an attitude when I got back, but now she was on my time and at my mercy.

You see she doesn’t have to be at school until an hour after her brother but I drop her off early so she can chat with her friends before school. It’s really a privilege for her and a covenience for me.

Eventually we left together after I got ready. I admit I delayed things on purpose. Lord, forgive me!

So what’s the moral here?

When it’s time to go, don’t ignore the warning…get up and move or you will get left behind.

I’ve had to learn this lesson too many times…and if yesterday’s post wasn’t evidence enough that I’d been getting ready for too long, my own frustration with my daughter’s passivity was just the match I needed to burn up my tendency to procrastinate! With that I advise you to get moving before you too get left behind.

5 thoughts on “Be ready or Get Left Behind”