“May I see your phone for a minute?”  His request came only minutes after my daughter’s to which I replied the same, “Not now, I’m listening to something.”  It was possibly a full minute before my son asked the same question again.  This time I said, “Just wait. Kayla asked first anyway.  Considering that she had dibbs when I was done,  before I opened the car doors he was already bargaining with her…explaining that his need was greater than hers…that he only needed it for a few minutes.  Kayla relented.  She was more interested in the book she just got anyway.  And again, before I could turn on the ignition, Recco again made his intentions known.  By that time as you would imagine, my tone matched my frustrationso I responded, “I’m using it, just wait!”

“But Why?” (My kids tend to think that anyone over age 30 have no reason to possess such gadgets obviously)

Yes, people….quite possibly my son and daughter are the only kids at their schools who do not own their own cell phones!  Well,  not anymore….Prior experience has made me hesitant.  They’ve had two before and my son was the culprit behind the demise of at least two of my prior ones so right now, they are phoneless.

Before we arrived home, he asked at least 3 more times…Completely irrirtated when I parked I plainly told him, “This kind of thing is going to make me not give it to you period! 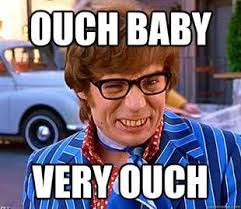 Not for him….for me…clearly his behavior over my phone matched mine with regards to a future husband.

When we arrived home, I was done with the phone, but the way he kept bugging me about what I’d already told him he’d receive made me want to keep it to myself anyway.  Yet, as I was convicted over my own spoiled antics with God’s promises, I surrendered quietly and acknowleged how quite possibly I was delaying the manisfestation of my own blessings by being a little too persistent with my request.

Yes, the bible says to keep asking, keep knocking, and seeking—still over the years I’ved learned that if anything my prayers should have been doing so from a perspective of thanksgiving despite the manisfestation because God is faithful.

Now I admire my son’s tenacity because what at first irrirtated me to know end was the very thing god used to remind me of the way I treat His word.  My actions as were my son’s showed a complete lack of trust.

No parent wants to think that his or her own child doesn’t trust him or her so I see how my constant prayers laced with doubt were not sufficient.  They lacked the confidence in knowing God will deliver as promised.  Now my son, on the other hand had prior experience with me letting him down so I I can understand his apprehension (I tend to forget things)

I had no excuse.  God has always come through for me and I have no reason to believe otherwise. So while the waiting period is uncomfortable, it’s teaching me to ask, believe, and receive again a little differently.  I know that unless I align myself with his order, I’ll just wait that much longer.  To that I think I’ll pass.