I was reminded tonight of a remarkable story of endurance. Maybe you’ve heard about it. Maybe not. It was a couple months ago about a runner from Kenya who ran a marathon in Texas, Hyvon Ngetich. In case you hadn’t heard about the runner, I’ll fill you in on it. She was roughly 2/10 of a mile from finishing the finish line and then all of a sudden her body gave way and she collapsed. She tried to get back up and run again and again, but kept falling. However, what struck me about this woman was that she never stopped even though her legs went out. Remarkably she crawled across over 400 meters to the finish line.

It blows me away that she fought so hard until the end. She finished third place and because  of her tenacity, they increased her prize winnings to match that of the second place winner.  They had to give her a champion’s reward because of her perseverance.

This, I believe is the same thing we should expect to give and receive when we are on the path to destiny. God has promised us that we will get there, but He never said that it would be easy nor did He state that we would get there the way we think we should.  It reminds me of the time when Jesus calmed the storm. 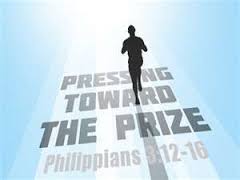 When Ngetich’s legs gave way, I’m sure it crossed the minds of onlookers that all hope was lost .  In fact, it might have even crossed her own mine just as the storm had the disciples doubting the promise.  Though the storm threatened the journey, Jesus’ response to them both before they entered the boat and after they called for His help shows us that we have no business getting discouraged on the journey.  Just as this lone runner had the faith to finish her race, so must we decide to keep moving in spite of the obstacles we face.  This runner made it to the finish line with bloodied knees and elbows because she refused to quit.  Her story is proof that having the faith to finish isn’t easy, however the reward is still worth it.    So I invite you today to keep moving forward and crawl if you must.