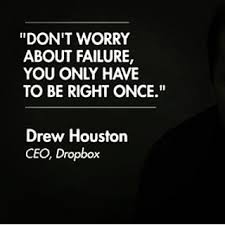 Forgiveness is a choice…one I’ve find myself confronted with over and over again lately…especially in the last few years. I’ve written about its cleansing power…about how I’ve grown and been able to let go of so much and then reality knocks on the door of my heart. And something happens to remind me of my angst against a person and suddenly I realize I’m not doing as well as I thought.

So I know now that forgiveness is a process…the choice to give up your right to get even, to get an apology, or even to get an explanation.  So considering the magnitude of the ministry God wants to accomplish through me, I must get a grip on this thing. Rather, I must let go of this thing…those things…those offenses that seem incurable.

o
I’ve considered how unable I am in my own strength to forgive others…so I surrender it to My Father.

I admit that sometimes I’m angry when I see those who have hurt me smiling as if they have no right to happiness. I admit when I consider the trials I’ve endured sometimes I’m not as appreciative for the lesson they taught me. I admit sometimes I want to hold a grudge and I want the other party to know it. I admit l I want to be mean like I once was because at least then my emotional walls were impenetrable. My heart was cold and unable to break so easily.
So today I decided to grieve…not just for those who’ve gone on to be with the Lord, but also to grieve the wealth of other losses as well.

I’ve considered my need to hold it down the reason for now acknowledging the poison I pumped into my veins. Resentment fueled by disappointment created a cycle that I had to end today. Yes, there were loss of opportunities, but there were also some gained ones. I can’t say that I’ve forgiven everyone who has ever wronged me in my life time yet, but today I’ve made the choice that I will.