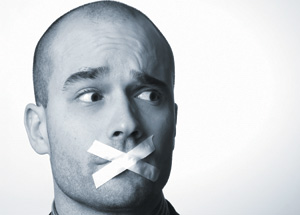 Man this post really made me reconsider some of the things I’ve said over the years…it’s worth you taking a look too.

We all have that one friend that consistently says cheesy Christians clichés. I think most of us would agree that this is typically, well, very annoying. This is intensified when the sayings aren’t biblical. The motive behind saying them are usually noble, but they often simply aren’t true or helpful.

So, what are some of them?

Below are six things that Christians should stop saying:

1) Let Go and let God.  This phrase is typically used when in a trial. In a sense, I adore the “letting go” part if that means resting in God’s sovereignty, but when facing trials and tribulations, there are simply a lot of things that we can actually do. We can pray, study Scripture, confess sin, repent of sin, seek help from wise counsel, weep, mediate on Scripture, serve others, etc. “Letting go” has too much of a passive feel to it; it denotes that we…