Are we to become victims of our own choices?

I can’t believe I actually forgot to check whether Christine McMullen Lindgren got fired the other day, but a friend sent me an update. I suppose I could say I forgot because I had so much going on, but in reality I think I subconsciously blocked it out.  I mean, just last night I was bombarded with more news of discrimination and racism on another front that disturbed me even more.  It was amid the Airbnb issue.  I was up as usual at the wee hours of the morning and at a time when we should be so much further along, it seems we are going backwards. 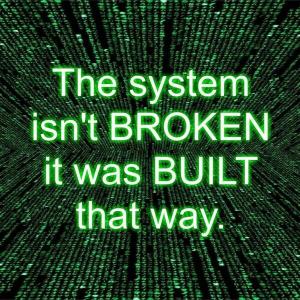 So I’m sure the title got your attention. Trust, I wasn’t planning on making this post this long, but hey it’s relevant.  In response to my initial post on this someone suggested that I support Trump as president and this issue wouldn’t be an issue.  WOW, Really???

…as if I would even consider such an injustice.  Liberalism has absolutely nothing to do with it! People are going to do what they can because they can so it really doesn’t matter about who is conservative or who is liberal.  It’s a moot point that I have tired of considering.  Yet, evidence of history repeating itself on a much worse level is evident. I thought that once we knew better we were actually supposed to do better.  Maybe it’s because we have indeed learned nothing of our intertwined pasts. The even sadder point is that we are repeating it because we can’t seem to let go of it.

The online dictionaries define the N-word as “black” in most cases…so maybe this was where this former Bank of America employee retrieved her misguided info.  Perhaps it was from her mother or father. Perhaps it was from her friends. Who knows where she learned to live and breathe the racial slurs she so carelessly posted online the other day. Regardless, the base definition of sorts is one who is ignorant.

Racism is a learned behavior…a habit even…and with any learned behavior, it can surely be unlearned.  Sadly, it seems that many of us no longer think it necessary to remain teachable. In a time when education of everything is so readily available to us, we turn our backs…

Why must  we as a minority choose to stand on the side of, “we can’t reconcile where there was never a relationship,” instead of attempting to start a new one in place of what was never there?

The whole situation is jacked up on both sides. It really doesn’t matter which side you are on or the hue of your skin…the only time it seemed that we as a “people” disregarded the color barrier was on and shortly after 9/11.  Only then did we African American, Caucasian, Hispanic, and Asian join hands and sing Kumbaya against a “common” enemy, the “others.” The things we do in the name of love but guised in “hate.” 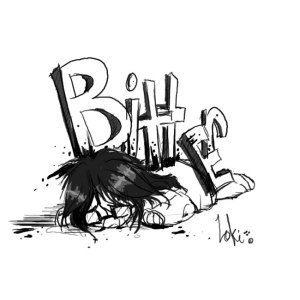 I remember I had an Egyptian friend who began wearing baseball hats after the towers collapsed.  He told me of all the threats he’d received from the time he’d left his apartment and arrived at work the next day. He said that it was safer for him to pose as Cuban.  He was serious and because of ignorance and hatred, he and I couldn’t be around each other for my own safety.  I really don’t know if he had inside information on what was to happen or what did happen, but he was considered one of the elicit “others” so it really didn’t matter because he was a target. I never saw him differently, however, more than enough people around us did so I stepped aside. I can only imagine the issues that interracial couples face everyday.

Is this so wrong? 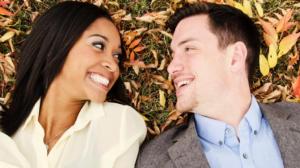 Apparently some people think so…

The amount of people killed and injured in the aftermath of 9/11 and these police shootings of late is evidence of the level of ignorance we have willingly adopted as a nation.  Except we don’t know because we choose not to know. We have access, but refuse to learn a different  way.  We have the opportunity to change, but we’d rather go back to what didn’t work before.

I admit, I’m disgusted and saddened with the whole ordeal.

I mean are there really any groups of people in this country who are purely anything? Should that even matter? Wow it seems we have more respect for gorillas than our own human counterparts?

Even still we as a minority seem to be our own worse enemy!  All lives mattered long before Black lives matter or Blue lives matter became a catchy slogan linked to a tragic awareness…so the majority is not the only or the main source of our contention.  In many ways we are.

As an African American woman, I’m seriously unsettled by the #teamlightskin vs.#teamdarkskin mess! It’s Willie Lynch all over again except I suppose this is for the new generation…apparently the one who chooses not to read and who chooses to think dropping the “er” and adding an “a” is  as acceptable as “dropping the “y” and adding an “ies” makes irregular nouns  plural….but it’s not okay!  We have to get to a place where we not only know our history, but we understand that it is HISTORY!

(SIDE NOTE: CHECK OUT THIS LINK…IT’S JUST A CONVERSATION BUT A VERY REAL REALITY IN THE HEARTS AND MINDS OF MANY)

Black, white, red, yellow,  African American, Caucasian, Native American, Asian, and others…..how about consider that we are all others. We are all individuals.  We are all human.   I mean are we going to sit idly by and remain ignorant of our options?  While we are all subject to our own set of prejudices, we still have a responsibility to make a conscious choice to NOT allow our history subvert our destiny.

Yes, what Christine McMullen did was repulsive and yes I believe she deserved to get fired, but what now?

Still, it’s obvious we all still have a long way to go. So while she’s gone, racism is not. That said, I’m unsatisfied. I have to wonder will I ever be.