It occured to me the other day how sometimes, we hold the key to freedom, but refuse to use it. Or maybe you find yourself carrying chains with unlocked shackles but fear of the unknown paralyzes your intentions…so you remain in one place, struggling to breathe under the weight of something you should have left behind long before.

It’s not that complicated, but we tend to make it that way too often. Well, maybe I’ll consider myself in this situation and perhaps going forward. I mean that perhaps would be a little easier to digest. Hmmm…maybe not but anyway.

Did you ever realize that just about every person who ever dared to achieve greatness, had a certified jacked up past? Single moms who’ve become CEO’s,  rape victims who’ve become the catalyst to change the lives if countless others like them, fatherless males who’ve determined to be the best dad the world knows to break the cycle in that family for the better. These people are not a figment of my imagination. They’re real people who decided one day to use their key to free themselves and others from a painful past that tried to keep them bound.

Are you so busy trying to cover your flaws that you’ve picked up more chains than the issues of your past created?

Are you so entranced by the deliverance of others around you that instead of walking out of your chains, you’re running up behind them and picking up issues they left behind because you really don’t know who you are?

There’s no magic formula, if you belive in Christ as your Savior, you’ve been given the key, the only burden that remains is your choice to use it!

I’m living proof that all things work together for the good of those who love the Lord and who are the called according to His purpose. I am bold enough now to finally embrace why so many seek my advice of things I thought I didn’t qualify for…but God doesn’t call the qualified, He qualifies the called.

People ask me advice about marriage yet I’ve been divorced twice. However, real ministry comes out of people who have had mishaps. Because truth be told, you can’t tell me anything, if you haven’t been through something. But I’ve been there and done that. I know how to get marriage wrong so logic would lend that if the opposite of the mistakes I made is advised then success would result. 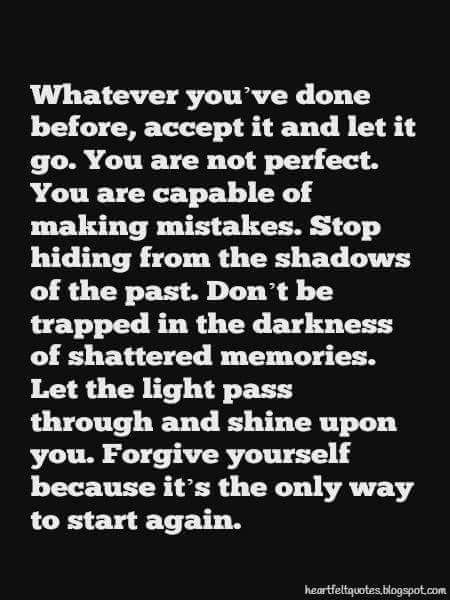 So…I’ve learned tobembrace the mess of my past as life notes for the message I’ll render to nations in the near future.

So what drives you to reach better?

In this meantime, I’m preparing and continuing ministry to women who’ve been hurt before…who think they can’t because if what happened in the past.

Christ didn’t die so you would too…the pain was to make you stronger…so be better and not bitter. Smile and forgive…truely forgive…use the key God gave you to open that door, drop those chains, and move forward.