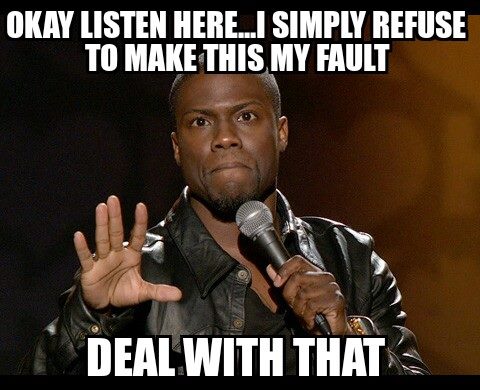 This morning the Lord placed this title on my heart so I can let you know the importance of ownership. No I’m not talking houses and cars. While those acquisitions might give reason to get a pat on the back, I’m talking about personal accountability here.

In short, stop passing the buck and own the issues you’ve created for what they are: the sum of your own choices.

But isn’t it easier to play the blame game… to dodge the proverbial bullet of responsibility?

I mean who in their right mind would want to accept the blame for a mistake they’ve made?  Or worse, why would anyone want to take responsibility for another person’s mistake?  No one, right?

Well, considering that the human race has specialized in the blame game since the beginning of time, I would typically agree that no one in their right mind would even think of doing such. However, there is one such person who did just that while He walked in our shoes.  Of course, I’m talking about Jesus! He took responsibility for our actions even before we knew that we would commit them.  And His only words in response to that were, “Forgive them Father because they don’t know what they’re doing.”

While, I know that every Christian’s goal is to be a bit more like Christ each day, to say that we can easily do this is a moot point. So I’ll narrow the scope a bit for our sake…you know the ones who love the Lord, but aren’t so heavenly bound, we’re no earthly good…you know the ones who had to learn the hard way that self-righteousness is really not righteousness at all.  Yes, I had to be humbled in many ways over the years and though I have lapses in judgement every now and again,  I’ve got a pretty good grasp of the concept now so I suppose I’ve grown enough to speak on the importance of personal accountability.

The bible states that a man’s ways seem right to himself….but usually the end result is not so good. (I’m paraphrasing people, don’t trip)

In parallel, there are many verses referring to fools in the bible and the things they do as well. Interestingly enough as I researched the scriptures this morning, two verses kept being cross-referenced with one another.  Those were Proverbs 12:15 and  14:12 among others.

15 Fools think their own way is right,
but the wise listen to others.

12 There is a path before each person that seems right,
but it ends in death.

When the tile of this post woke me only 3 hours after my head hit the pillow, I could have easily penned something about weddings because it is June after all, but  what came to mind instead were questions like:

The questions came but until recently “I” had no answers.  In fact, when something would go wrong, I found myself constantly pointing fingers at “them” and “they” instead.  It was so much easier to blame someone else for my misfortune, my unhappiness,  my circumstance, but was that right? Better yet, does blaming someone or something else going to change the outcome after the fact? 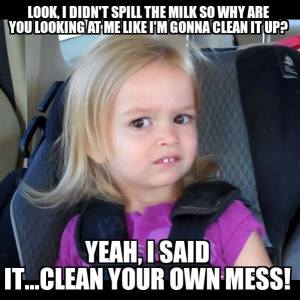 That was my Aha moment I suppose…one I’d been all to eager to forgo in the past…and I’m not talking months or even weeks ago…I mean some of this stuff was worked out as I slept last night so don’t sweat it if this post serves as your moment.

So while many will tie the knot this month and remain in line with tradition by getting something old, something new, something borrowed and something blue, playing the blame game is one tradition I’ve decided to abandon for good.