Be Childlike, It’s adorable to God too!

I was reminded this morning of one of the most adorable exchanges. After the demise of my azaleas a few years ago, my daughter and I went to Home Depot in search of some Nadia-proof shrubs.

Yes, I killed three of them! 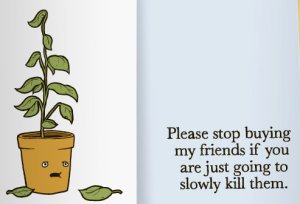 Anyway, while there, Kayla met a little girl who could have been “Dora the Explorer” in the flesh. She was about five and dressed in the cutest sundress and sandals.   A lone bee arrested  both their attentions and before long my daughter struck up a conversation.

Initially it was all bugs and flowers, but then “mini me” blurted out, “Do you know Jesus?”

Surprisingly, the other girl’s response was, “Sure, doesn’t everybody?”

Of course, Kayla didn’t stop there. She then asked her did she believe in Him.  Again, the little girl agreed.  Then she kind of wrinkled her nose and responded, “you know there are some at my school who don’t know any better.” This time Kayla agreed.

Now as I recount this long-buried memory, I smile at my daughter’s boldness and innocence. She knew what she believed and was not afraid to share Jesus with a stranger!

Also,  I feel like I need to state this for some who might be quick to judge a book by it’s cover.

The little girl was accompanied by her parents and they did just as I, smiled and nodded as the two evangelized one another.  The father was tattooed from his neck down so had I not witnessed our daughters’ exchange, I could have made some wrong assumptions about him and his family just as the Pharisees made wrong assumptions about Jesus.  They figured that a king had to don royal duds just as we sometimes think Christians have to “look” the part.

Truth be told, there are a lot of people in the church who aren’t Christians.

This revelation makes me all the more pleased that my daughter was not phased by their appearance or by any other hindrance.

She still spread the Gospel and she was only 8 at the time!

It’s no wonder Jesus says, “so anyone who becomes as humble as this little child is the greatest in the Kingdom of Heaven.” (NLV- Mathew 18:4)

That day my daughter and a little girl she barely knew reminded me how we could learn a thing or two about real Christian behavior when we too are childlike.

First and foremost, I love the Lord! I have a couple degrees in Journalism and I’ve loved to write since I could hold a pen. I've been told I write pretty well, but only within the last few years have I realized why God gave me this gift. I'm meant to encourage others and what better way to do that than to share how God’s word is transforming my life. Granted, I am still work in progress, but I am grateful for the opportunity to do what I’ve been called to do for His glory! FYI, I don’t profess to be perfect or to know it all, but I serve the only God who matches that criteria so I think I’m pretty well-equipped to do what I do!