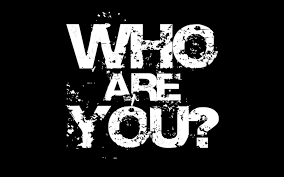 Vulnerability has never been my strong suit. Perhaps that’s why it’s been a minute since I’ve posted anything.  Well, I guess I’m done with my little sabbatical.  It seems that God has been forcing me to deal with “me.”

It’s been uncomfortable. I came across this draft this morning.  Rereading it helped realize something about myself:

As I sought a suitable picture for the scripture 1 John 4:18 which states “perfect loves casts out fear,”  I retrieved this verse initially instead:

18 for you have had five husbands, and you aren’t even married to the man you’re living with now. You certainly spoke the truth!”

I reread the rest of the story about the Samaritan woman.

I have always been glad God chose this type of woman to be one of Christ first evangelists. I figured if she could be used given her past surely I could. This morning God allowed me to examine further her platform  and delivery.

This woman really didn’t know who Jesus was prior to him taking the time to personally introduce himself to her. On the one hand, she knew what she believed about God, but she didn’t know what God believed about her so instead of her trusting Him to supply her needs, she sought the company of men, apparently any man,  to fill that void.  And, thus, she remained relationally thirsty.

It seemed this woman had a strong tolerance for pain since she chose to go to the well at the hottest part of the day. The last thing one would do is go outside at the hottest part of the day unless there was no other choice! I’ve considered she had none. However, that desperation is what she needed that day. Her need to quench her thirst had become unbearable and when others were not around to possibly remind her of her sinful existence, she had to do what she really would rather have not. Before she chose to suffer in silence. She chose to not only omit God from the equation to make her whole, but she also chose to omit herself in that self-awareness required to confront the pain she’d hidden..

This morning God showed me a newly welcomed portrait of my former self in the account of this lone Samaritan woman.  Despite her past, Jesus went out of his way to wait for this woman to become her true self as she experienced His presence where she really never wanted to venture. He met her where He knew she would be, a low, but necessary point. He listened to her and received her honesty about her choices without judgement so I imagine the conversation went far longer than we are allowed to read in the text. That intentional effort on Jesus’ part is what prompted her response to him and undoubtedly also what led to her courage to tell her truth to others shortly thereafter.

It’s interesting to note the writer leaves out the details of “everything she ever did.” Perhaps, that was done so we wouldn’t get hung up on the details, but I believe the writer omitted the “everything else” to emphasize how one honest conversation with Jesus can change one’s perspective of everything. Now, what used to keep her bound was what led to freedom, others and her own. I’m thankful that like her, Jesus thought it necessary to wait for me too.