The abuse I endured just over 14 years ago left me with more than a broken nose and bruised ego.  I had a broken spirit.

That same broken spirit morphed into a mindset of resentment and callousness that I only recently disowned.

Not long ago, I shared my pain with a stranger.  When I worked in customer service, a young lady called to talk about how messed up her marriage was and explained the details of abuse and self-loathing she’d experienced before I could barely say ” I am not a counselor.”

However, when she asked me, “I mean what would you do in my shoes?” I found myself saying, “I wore your shoes…I walked in them for years.”  I was supposed to have been gone for the day but she was my last call.  It was my wake up…

Before that call I’d still had unforgiveness in my heart.  But revealing myself helped me more than it did she because that’s when the shell began to break.  I surrendered.

When she mentioned how she’d been cursed out and cheated on and constantly berated by her husband…how her mother seemed to make her feel worse for marrying him instead of helping her…again I allowed the Holy spirit to breathe on my wounds to heal them…they were no longer festering and oozing beneath the masks I’d perfected over the years.  For 23 minutes, I explained to that lady how God delivered me from being unequally yoked…I found myself explaining how I’m not an advocate of divorce and how God hates divorce…how divorce is an easy out and that’s why God admonishes us to carefully consider the cost of marriage before we enter into it…how even in an emotionally abusive marriage God gave me joy and how my children and I were thriving…how my husband left after I’d finally surrendered for God’s will to be done… 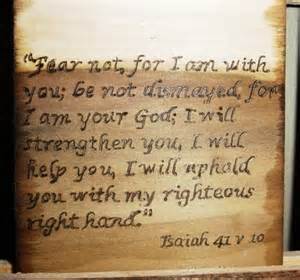 I shared with that anonymous lady that after my prayer, the next Tuesday my now ex-husband left.  I explained to her further that she must consult God first…I explained that even after he left…I remained married to him for three years because I condemned myself for “failing God again” given it was my second divorce.

Her response was one of gratitude but still more self-hatred.  I was shattered not because I felt like she wasn’t listening, but because she wasn’t hearing…she was blocking out what God was trying to tell her just as I’d been blocking out what He’d been trying to teach me through my trials with these people I mentioned.  However, her next words made it clear to me why.

She said, “Well, what would you do differently if you were given the chance again?”

“Nothing!!!”  I said to her almost before she finished the question.

I would not know God like I know Him…that I am worthy of His best…I would not have prayed and been able to minister to you today…I explained to her that the beauty of God’s love is that while He is fully capable of “making everyone” follow Him, He allows us the choice to do so.  Had everything gone perfectly in my life by the world’s standards, I wouldn’t know I need a savior in Christ…

I know this is post is a bit all over the place, but I figure God wouldn’t give it to me if at least one person out there didn’t need the reminder that the only true remedy for wholeness is in Christ.  Without Him, I’d still be just a bunch of broken pieces.

First and foremost, I love the Lord! I have a couple degrees in Journalism and I’ve loved to write since I could hold a pen. I've been told I write pretty well, but only within the last few years have I realized why God gave me this gift. I'm meant to encourage others and what better way to do that than to share how God’s word is transforming my life. Granted, I am still work in progress, but I am grateful for the opportunity to do what I’ve been called to do for His glory! FYI, I don’t profess to be perfect or to know it all, but I serve the only God who matches that criteria so I think I’m pretty well-equipped to do what I do!